People who are born between March 21 and April 20 are Aries. Their element is fire, their quality is Cardinal, their energy is Yang, their rulers are Mars and Pluto, their color is red, their gem is diamond, their main anatomical parts are the head and face, their keywords are pioneering, leading and new beginnings, their Tarot suit is Wands and their Tarot Major Arcana card is The Fool.

Some famous celebrities who are Aries are Norah Jones, Martin Lawrence, Mariah Carey, Reese Witherspoon, Russell Crowe, Eddie Murphy, Marlon Brando and Tennessee Williams. Rams are very direct and straightforward people. They’re assertive and know just what they want. They can therefore be very aggressive, blunt or impatient. The last thing you want to do is get an Aries angry. It’s not a pretty sight.

When an Aries has a goal to accomplish he can develop a kind of tunnel vision where he sees nothing else but what he wants. Because of this, anything that gets in his way is fair game and in mortal danger. Rams love a challenge and because of this can be great leaders. They can also be brutal dictators such as was the case with Adolph Hitler who was an Aries. On the positive side, an Aries can be greatly inspiring to others and make those people want to follow him. Aries are very charismatic people.

Of course anyone who likes a challenge also enjoys a good fight. Rams can argue you into the ground. Don’t ever expect them go give even an inch. If you find yourself in a verbal fight with an Aries, you better come fully armed because he will be ready to tear apart every word that comes his way.

An Aries in Love is in love, period. If he has his mind made up that he wants you, you’re going to have to move to the next country to get away from him if you’re not interested. An Aries will chase after the love of their life until the end of the world, even to the point where they will risk their own lives. The best love matches for Aries are Aries, Leos and Sagittarians.

If by some chance the love fires don’t keep burning for the Aries, don’t expect him to stick around. If the passion is gone, they are gone. Therefore they look for people who need that same fire in their lives and can handle it. Aries are very jealous so if you have a roving eye you may want to keep it a secret from your Aries partner. If he even suspects that you’re looking at another person he will give you a third degree the likes of which would make the Spanish Inquisition look like a tea party.

An Aries at work is no different from an Aries in love. They do their jobs with a fire and a passion that is unequaled. Because of this they need work that holds their interest or they are off to find another job. Rams are natural born sales people.

How to Seduce an Aquarius Woman

6 Ways to Attract an Aries Man

6 Ways to Attract an Aquarius Man 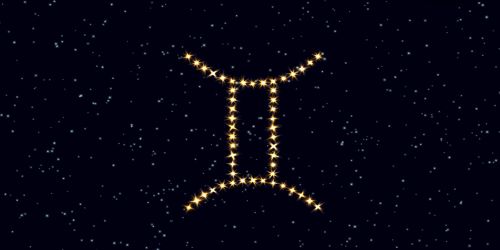 6 Ways to Attract a Gemini Man